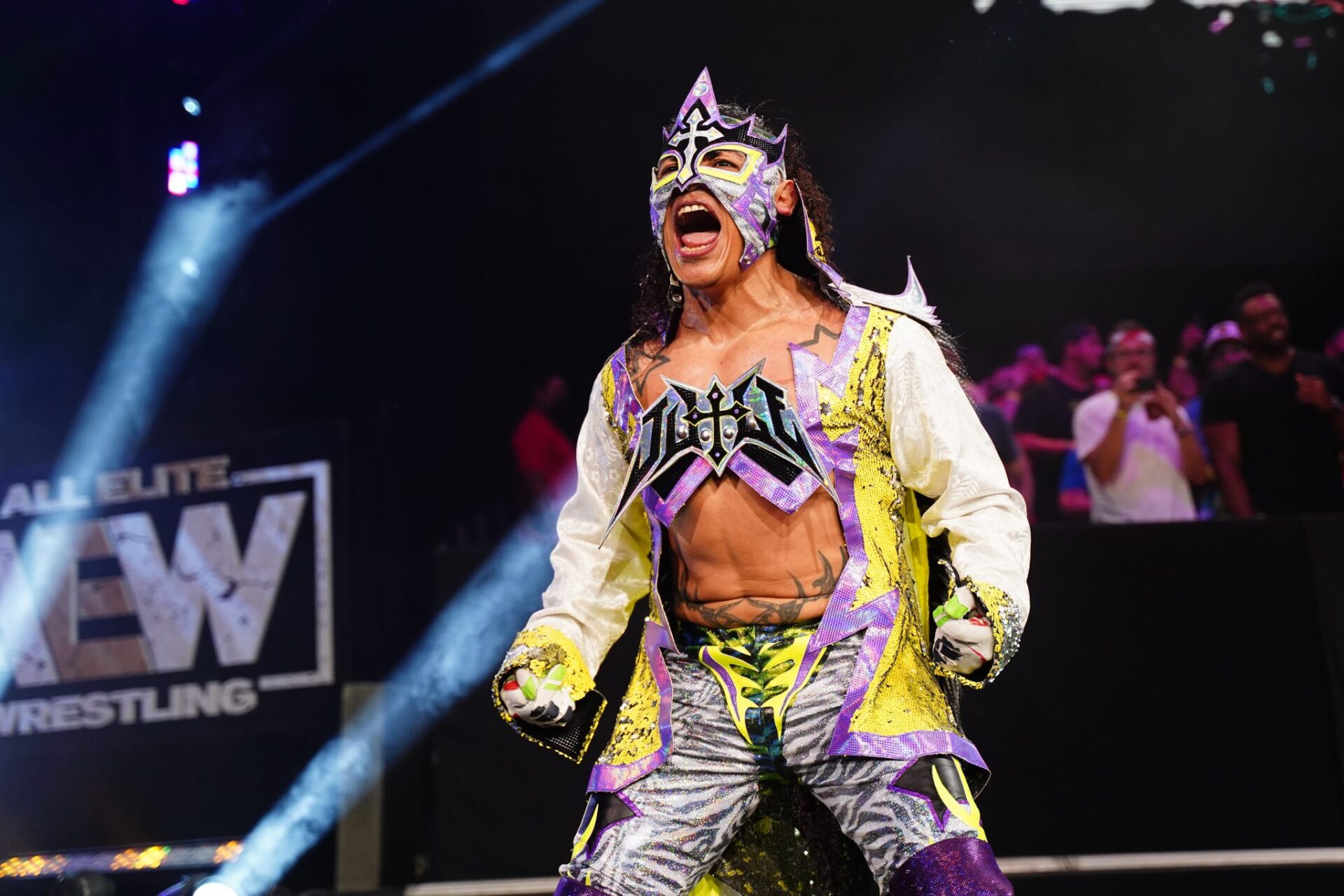 The Five Labours of Jericho have so far been a showcase of AEW’s ability to surprise its audience. Only the very few hardcore fans, those often found trawling through the dirtiest of online dirt sheets for clues, only those would’ve been able to predict the surprise announcements of Nick Gage and Juventud Guerrera. It was that unexpected.

Even at a time when names such as CM Punk and Daniel Bryan are being thrown around, AEW still manages to find a way to sidestep your expectations. The thing is, it’s been this way since the beginning and there looks to be no sign of them slowing down. So let’s have a look at how AEW have handled their surprises in the past, what’s happened recently, and if they can keep up this frantic pace.

A History of Surprises

Obviously, when AEW began, every wrestler was a surprise announcement. It was a new promotion, so it was a new roster too. Still, after the initial, inaugural batch, the shock appearances quickly began.

The first and arguably biggest surprise announcement happened at AEW’s first event as an established promotion, Double or Nothing 2019. It was the night Jon Moxley, fresh off leaving WWE, appeared to attack Chris Jericho -as well as the arrival of Awesome Kong too, which was pretty nifty. Since then it has been non-stop. We’ve had the likes of Matt Hardy and Brodie Lee’s appearance on the same night. There was the out-of-nowhere arrival of Paul Wight and Mark Henry. The Christian Cage debut shortly after being in a WWE Royal Rumble. Oh, and of course, we can’t forget Sting.

It’s difficult to remember a time when someone wasn’t debuting in AEW. Barely a month goes by without some form of surprise. It’s not even just new AEW signees either. Shock moments such as NJPW’s KENTA appearing to attack Jon Moxley and Mike Tyson getting in the face of Chris Jericho showed what AEW could do. It’s all very exciting stuff.

On the latest AEW Wednesday night special –Fight for the Fallen 2021, July 28th- we were treated to the latest surprise announcement to come out of MJF’s Five Labours of Jericho. The series of stipulation matches that’ll determine if Jericho gets a shot at MJF has already given us a big reveal in the form of GCW’s Nick Gage. This time, after Jericho’s match with Gage which was announced the week before, MJF told us that Jericho will have to face an old rival again. That being, Juventud Guerrera. Nobody expected to see a one-off Juvi match in AEW -well I’m assuming it’s a one-off anyway- but AEW have managed it.

Just in the past few months, Chavo Guerrero, Andrade, and Malakai Black all debuted. NJPW legend Yuji Nagata arrived to challenge Moxley. We even had Haku show up alongside his NJPW-affiliated son, Hikuleo, and hit a Tongan Death Grip on Lance Archer. That’s just to name a few. AEW has really been on one recently.

It’s this consistent, revolving-door of surprises that keep AEW so interesting -that, and their policy on rematches. Everything feels fresh. When you think about it, AEW’s men’s division doesn’t have that many consistent main-eventers. Outside of Mox, The Bucks, MJF, Jericho, and Omega, everyone else regularly dips in and out of AEW’s upper echelons. So even if you’re seeing the same people week-in-week-out, the fact that the competition is constantly shifting due to the surprise arrivals, it keeps it feeling new. It may even be getting better too.

Is The Best Yet To Come In AEW?

The Five Labours have shown AEW’s ability to catch you off guard in a way that WWE have lost. WWE’s NXT system makes main roster surprise appearances almost nonexistent and, at this point, they’ve pretty much run out of legends to wheel back in come Wrestlemania season. That, twinned with their obsession with exclusivity, has greatly limited them. AEW on the other hand are very open to working with just about anyone and any promotion with a decent reputation.

While AEW does come under some criticism for taking in WWE releases, when you step back, it’s hard to see why that’s an issue. If WWE let the likes of an Andrade or Tommy End slip through their fingers, who are -by the way- legitimately two of the best wrestlers in the world and currently in their prime, why wouldn’t they want to take them on? It’s not like WCW or TNA of old taking aging veterans and shoving them in the main event scene -but I digress.

Speaking of ex-WWE guys, you don’t get much bigger than Daniel Bryan and CM Punk. Both are either heavily linked to AEW, or already signed and awaiting a debut depending on who you believe. If it does happen, then yes, the best is yet to come. Signings of this magnitude could likely be a similar catalyst, the likes of which were last seen with The Outsiders in WCW. Let’s just hope we don’t end up with ‘Wolfpac Punk’ down the line. We like ‘silly’ in wrestling, but not late-NWO silly.
Still, regardless if Punk and Bryan do appear, AEW’s open-door policy leaves the possibility of surprise signees almost limitless -and no, that was not a hint at Keith Lee. However…