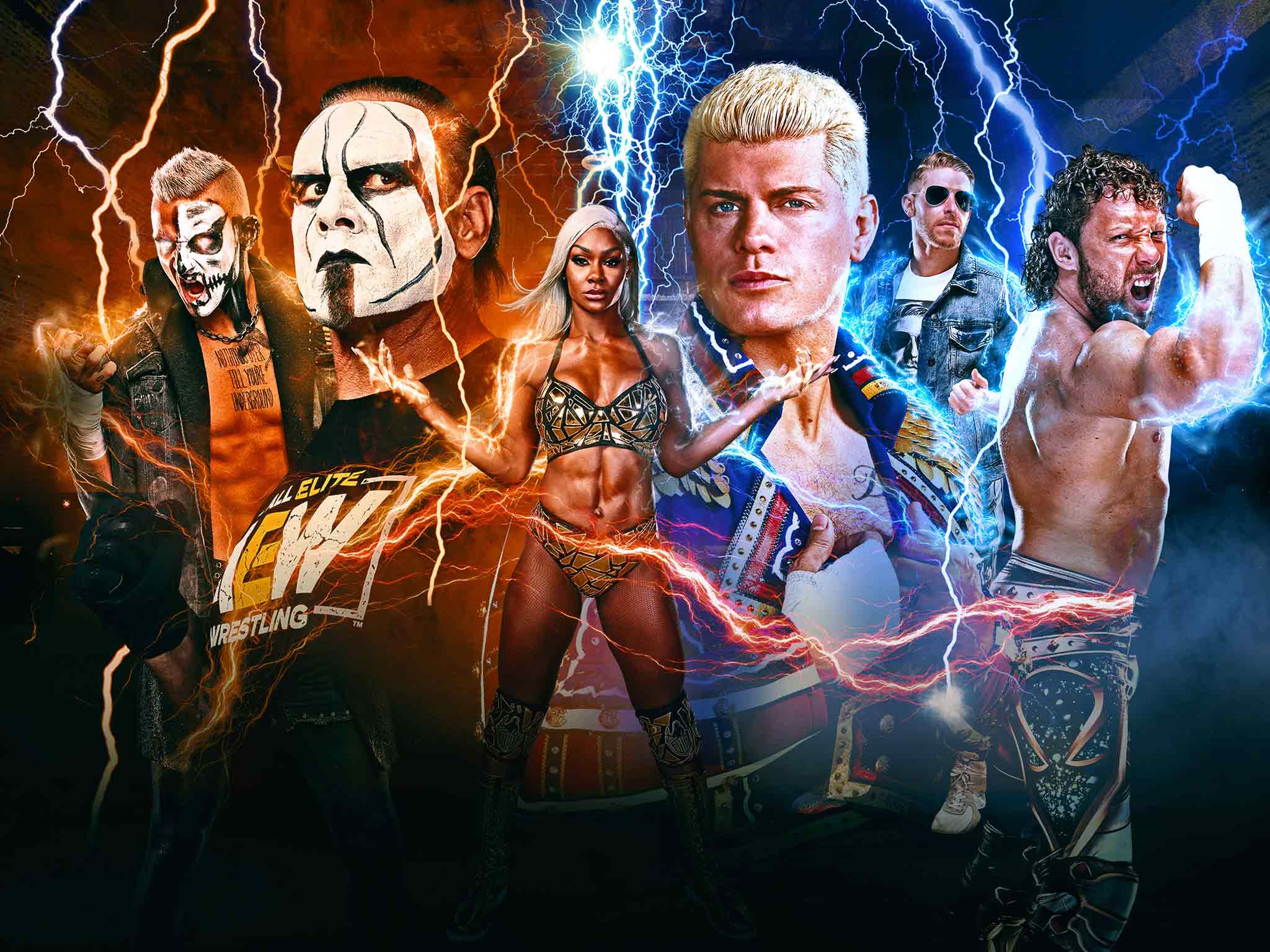 During the week of All Out 2021, AEW put on episodes of Dynamite, Dark, Dark Elevation, and Rampage, as well as the pay-per-view itself. That’s a lot. AEW are to the point where they have a wrestling show nearly every day. Now, I know what you might be thinking: “Actually, you don’t have to watch all of it. Just watch what you want.” Yes, that is true. However, it may be a bit more problematic than that due to AEW’s style of booking. Let’s break it down.

Before we get into the nitty-gritty, the more casual AEW viewer may be unaware of just how much there is to AEW. On the face of it there are two main TV shows. AEW Dynamite and Rampage. Think of it as WWE’s Raw and SmackDown, only they aren’t considered two distinct brands. AEW Dynamite is the main show while Rampage provides what is, in essence, an extra hour of Dynamite, but on a different day. That’s currently clocking in at a total of three hours of rasslin’.

Then there are the undercard shows, Dark and Dark: Elevation. They are both developmental brands that are shown for free on YouTube. Dark came about first, with Elevation following. Whether Elevation is an “elevated” form of Dark, or whether it “elevates” talent to make it onto Dark is all still a bit confusing. Let’s take that to a total of five-and-a-half hours -give or take an hour as the two Dark shows can vary.

Then there are the pay-per-views. Yes, they aren’t weekly, but during the weeks they are on, that takes AEW programming up to around nine-and-a-half hours.

Then we have the podcasts. AEW Unrestricted, Grilling JR, Talk is Jericho, Art of Wrestling with Colt Cabana, What Happened When with Tony Schiavone, Excuse Me: The Vickie Guerrero Show, and Wrestling with the Week. Call them non-canon if you will, but they are listed on the header of the AEW website’s homepage for a reason. Add Being the Elite, which has been referenced in storylines multiple times, and you’re likely approaching a full twenty-four hours of content every week.  There’s the main problem too: canon.

Why It’s A Bit Too Much

WWE has a lot of shows too. More even. However, they are all completely different. What happens on SmackDown, Raw, NXT, NXT UK, Main Event, 205 Live -if that still exists- are all independent of one another. Survivor Series season aside, they all stick to their own shows and very rarely what happens on one will impact another.

AEW is different. Let’s put the extra content aside for a moment and just focus on wrestling. As AEW abides by their ranking system, where wins and losses matter, everything that happens is canon -presuming that all the shows follow the rule, which they do. That means, by definition, all shows matter in the greater scheme. The results of one show will directly or indirectly change another.

Also, as the talent are stuck to their own brands and will often jump between them, for us to understand the character, back story, and motives of a new wrestler, it requires us to watch the other shows so we’re ready for when they appear on AEW Dynamite or Rampage. It’s why we have this problem of AEW not having a mid-card -more details on that here. When someone goes between multiple shows, it can get confusing as to what their situation is. The Women’s division especially feels like it suffers most from this.

This means that every AEW show almost becomes required viewing if you want to keep on top of everything. Especially considering that commentary doesn’t do that well at informing us what’s going on. At a time when there are multiple seismic shifts happening all at once in AEW, a lot can get lost in the shuffle.

Likely the easiest way to solve all of this is to ease up on the ranking system. Have it only take effect on the two TV shows and pay-per-views, whilst simultaneously becoming more lenient on the title-shot rule. Having someone work their way up through the rankings can be good as it doesn’t necessarily mean you need to set up a storyline to start a title feud, but sometimes a story can be told without it. Hangman Page doesn’t need to win a load of matches on Dark to be the number one contender, the story being told is what makes him the number one contender.

Another way is to simply split off the roster a bit more. Jon Moxley doesn’t need to be on Dark: Elevation. Darby Allin doesn’t need to be on Dark: Elevation. Forcing your top guys onto your undercard brand doesn’t make that brand better, it just highlights the problems with it. You can have separated brands while still having talent jump between them, just make that jump last longer than one week. It also means you could differentiate each brand more. Let them develop their own identity. At the minute, every show is either Dynamite, or Dynamite-mini -or “Dyna-lite” if you will.

Doing this stops every show from being required viewing, so you can just watch certain shows without feeling like you’re missing out. Not everyone has time to watch more than three hours of wrestling a week. Some people want to watch other promotions too. Be more accessible, AEW.