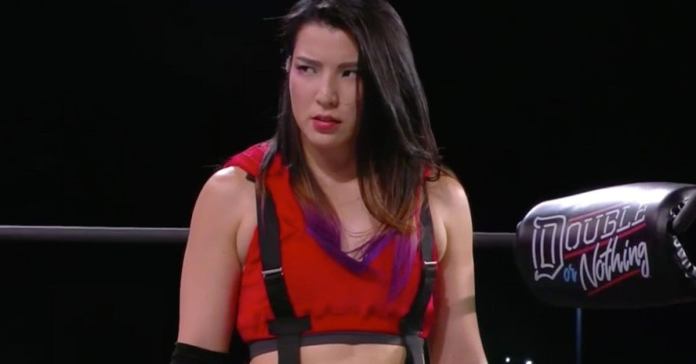 Will AEW Fix Its Women’s Division?

No more excuses, no more $50/year apologies. All Elite Wrestling’s women’s division is a joke and a disgrace when compared to their contemporaries. It’s not for lack of talent either. The likes of Thunder Rosa, Serena Deeb, Shanna, and Leva Bates are some of my favorite wrestlers in the world right now. The booking for the women, however, is almost enough to make one change the channel to see what NXT is up to.

Top to bottom WWE is outclassing AEW in every facet of their women’s division. The women’s Dusty Cup looks to be a more exciting and relevant tournament than the AEW Women’s Tag Team Cup. On that note does anyone know what Diamante and Ivelisse are up to? Hell, at least the Dusty Cup is being televised; most of AEW’s tournament was subjugated to being on AEW Dark. Nothing against Dark, but a few thousand views on YouTube does not equate to the 700,000+ weekly TV viewers.

WWE’s women are given ample time to shine every single week on every single show. Say what you will about her feud with Alexa Bliss, but Asuka has been one of the MVPs on RAW. Bayley and Sasha Banks had the best WWE feud of 2020 and are both still prominent characters on Smackdown despite not being at odds currently. Io Shirai is one of the most beloved wrestlers in NXT currently and her current rivals Mercedes Martinez and Toni Storm are no slouches themselves.

It’s not even fun to watch Dynamite’s women’s matches as they for the past few months have all been formulaic. Almost always the second to last match on the card starting around 9:30 p.m. ET and usually lasting less than ten minutes (with an obligatory commercial break where the match’s heat occurs). When your show’s format is so predictable you can set your watch by it, you’re doing something very wrong. I shouldn’t be getting flashbacks to RAW during the D*vas era in 2021.

Meanwhile AEW’s storylines in the women’s division are as follows:

Riveting. AEW Women’s World Champion Hikaru Shida just got out of a cringeworthy feud with Abadon and now has nothing to do but wait for the tournament to finish. NWA World Women’s Champion Deeb has been booked stronger with more consistency since she debuted than AEW’s own title holder. I ask again, where have Tag Team Cup winners Diamante and Iveisse been since their triumph in the fall? Aside from a few sparse appearances on Dark, they’ve not been prominently featured on AEW programming in months.

All this before mentioning the now concluded “feud” between Jade Cargill and Brandi Rhodes, which ended after Brandi announced her pregnancy. Though protégé Red Velvet will replace Rhodes in the inevitable mixed tag team match with Cody Rhodes against Cargill and NBA legend Shaquille O’neal. This storyline was dead on arrival, with Cargill showing her inexperience in her few times on the mic so far. Coupled with zero matches to date, there is much work to be done for Shaq’s potential tag partner.

The icing on the cake was the Britt Baker’s Waiting Room segment, where Rhodes was subjected to the same, worn out jokes about his neck tattoo. Though this time being doled out by Dr. Baker instead of random folks on Twitter. This lead to another dull Cargill promo, a pull-apart brawl with Cargill and Red Velvet, and (strangely) a promo on the big screen from Thunder Rosa. It was a confusing mess that created more headaches from the fans than heat for any of the women involved.

So yes, things are a mess right now, but that does not necessarily mean it’s an unfixable mess. AEW has the talent backstage and in-ring to right the ship before things get too rough. With the pay per view Revolution coming in March, now can act as a reset button for the women’s division. Former Women’s Champion Riho is returning for the eliminator tournament, meaning at least one talent will return after COVID restricted international travel. AEW, however, must leverage their current relationships with other promotions, as well as their TV time, to make this tournament mean something.

The most obvious way to make this tourney exciting would be to dedicate significant TV time to it as they did the men’s tournament last fall. One or two matches on TV and the rest being shoved unceremoniously onto Dark will not cut it this time. TNT and AEW must go out of their way to promote this tournament, the women in it, and the stakes involved. If a world championship match is up for grabs to the winner, act like it. Make a big deal out of it, give it all the screen time and pomp and circumstance as the men.

The next way to elevate the tournament’s relevance? Use AEW’s relationships with their “rival” promotions to bolster star power. As much as I love the likes of Alex Gracia, Dani Jordyn, and Tay Conti, the fact that none of them have had significant TV time won’t entice viewers to watch the show. Who would? Jordynne Grace, Tenille Dashwood, ODB, Jazz, Rosemary, Taya Valkyrie (if she’s available), even Bea Priestley, Jamie Hayter, and Session Moth Martina (travel restrictions permitting) would be excellent additions to make this a truly star-studded affair. Some of these choices could be unreasonable, perhaps, but it would not hurt to at least ask around.

It wouldn’t matter who won the tournament and faced Shida at that point. AEW would have dedicated one or two matches per Dynamite to getting this tournament over and gotten eyes on talent from different promotions. Everyone wins.

And what of Shida? The women’s champion cannot be seen sitting on the sidelines watching the tournament with the Gunn Club for a month. Rehashing the feud with Nyla Rose would be a mistake, so another heel should face Shida. Penelope Ford would be the most logical choice. After all, what better wedding gift could one receive than a world championship match on pay per view?

After Revolution, it’s pretty simple: dedicate more screen time on Dynamite to the women. No more predictable timeslots. No more short matches to fill time on the card, and no more treating women as an afterthought.

In short, All Elite Wrestling, give women a chance. 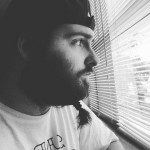 Freelance human based out of rural Kentucky. Player of games, watcher of wrestling, sayer of words.