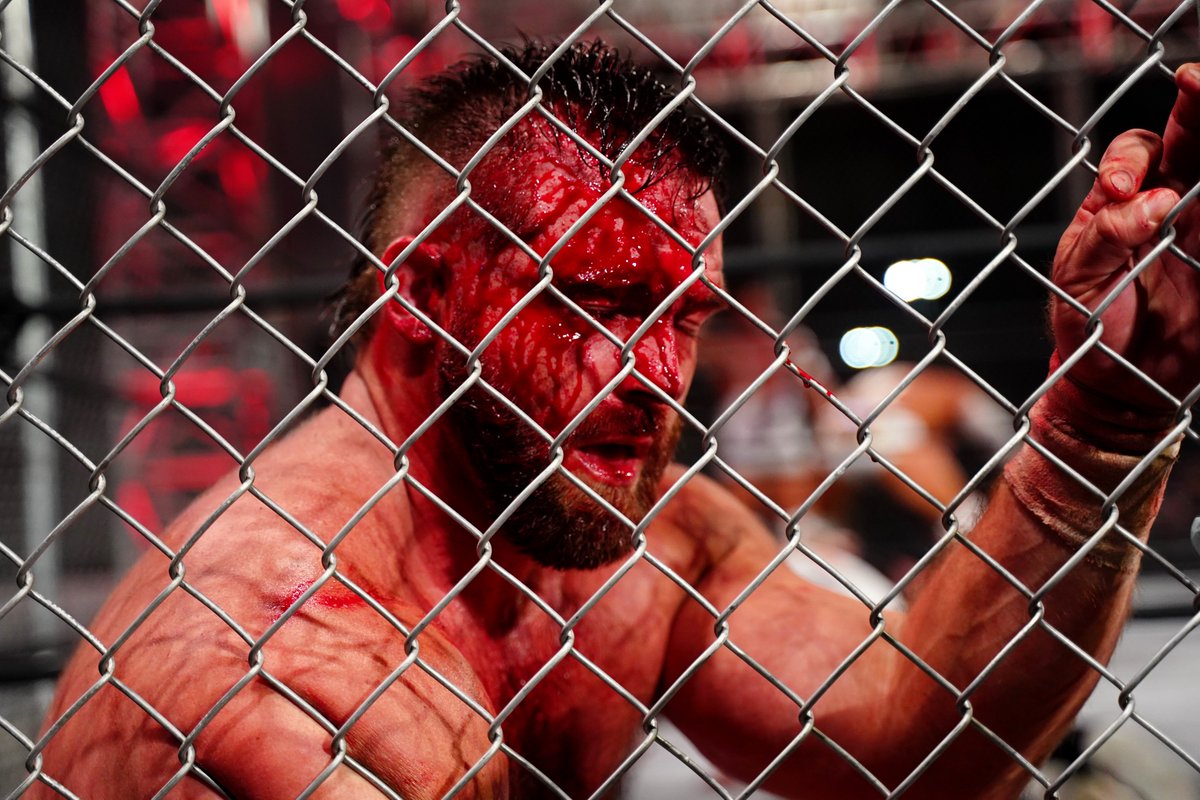 The recent controversy regarding the closing moments of AEW Blood and Guts has brought up the question: are we asking too much from pro-wrestlers? Think about it. They put their bodies on the line, often shortening their potential lifespan in the process, all for our entertainment and some people will still complain it isn’t enough.

In a recent article on this very website -link here, go check that out for more context- the less-than-ideal ending to AEW’s recent TV special was broken down into three sides. The minority argument in all of this was that Chris Jericho’s big bump off the cage should’ve been onto an actual hard surface, á la Mick Foley at King of the Ring 1998. As ridiculous as it is to think that, due to pro-wrestlers constantly trying to one-up themselves and take the medium to new heights, more and more fans are coming to expect such audacious feats on a regular basis.

As mentioned, the Hell in a Cell match between Mankind and The Undertaker took things to another level in terms of physical spectacle. Ever since, it seems to have been a game of who can do the most death-defying stunt. While you could of course go back to the likes of Jimmy Snuka’s cage dive in 1983 too, it’s not just dangerous stunts that we’re asking for from our pro-wrestlers.

Early choreographed matches such as Savage vs Steamboat at Wrestlemania III set a new bar for what a match can achieve. While long matches have always been around, it was this new kind of fast-paced, high-quality bout that pushed a new format that would later become almost a standard. Take that and team it with the rise of Japanese ‘Strong Style’ in the West and the internet’s obsession with a Dave Meltzer five-star rating, what you’re left with is fans clamouring for better, longer, and harder-hitting matches each and every time.

Possibly the biggest turning point for fans demanding more from wrestlers is with the loss of Kayfabe -the art of keeping wrestling’s inner workings a secret for the purpose of believability. Yes, the fact that most people know the meaning of Kayfabe anyway is possibly wrestling’s greatest irony.

It’s not that everybody thought that pro-wrestling wasn’t predetermined before the late nineties, many did think it was real of course, but enough knew it wasn’t totally legitimate. After the veil was lifted back fully, fans began wanting more from matches. They knew now that it was solely for the purpose of entertainment.

The industry has changed from the spectacle making the match to the match creating the spectacle. Nowadays, it’s not enough to just be a billed six-foot-seven with a handlebar moustache and questionable hairline, brother, now you have to be able to back it up in the ring.

While you could say that this is down to Japanese wrestling influencing the West, the switch has happened from the most believable threat being at the top of the card, to the best performer being at the top. Nowhere is this more evident than in AEW.

The Present and Future

The biggest, men’s title in AEW is currently held -as of the May 5th, 2021 episode of AEW Dynamite– by Kenny Omega. Considered by many to be the greatest wrestler in the world today, the ‘Best Bout Machine’ is not just the top of AEW, but is holding titles across multiple promotions. He may not be the biggest, may not be the best on the mic, but because he’s dynamite in the ring -pun intended- he’s the top guy.

This mindset is definitely a positive in the sense that, in the words of Randy Savage, the cream rises to the top. The problem is, it gives wrestlers unrealistic expectations as they’re always pushing harder and harder to get there. Though it’s the fans supporting the more accomplished pro-wrestlers which perpetuates this belief. We are, as a whole, asking too much from pro-wrestlers today.

There’s a fine line between constructive criticism and unrealistic expectation. Criticism is good when constructive. It helps push the industry further and weeds out the underlying issues. Unrealistic expectation is when you’re wanting something that cannot be fulfilled. We’re conditioned to expect perfection because we’ve been given such sublime pro-wrestling over the past few years. So when anything goes in any way wrong or is considered unimpressive, it overshadows everything else -which is exactly what happened at the end of AEW Blood and Guts.