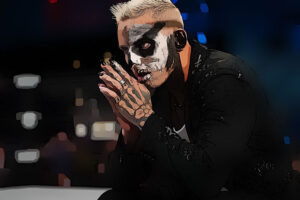 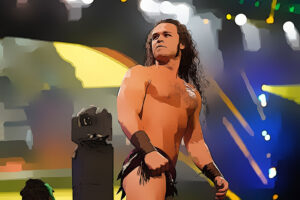 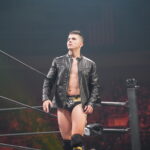 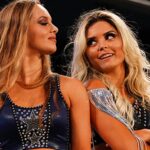 The Career of Chris Jericho

Chris Jericho blinked and 30 years in a wrestling ring went by. It probably feels that way for a lot of his fans, too. Following someone’s career these days is actually relatively easy thanks to the internet. If a wrestler drinks some water, several websites cover it. But it was a much different story back in the day.

It’s been a minute since Jericho started out in the industry. When he was making his way through the indies, Mexico and even ECW, it wasn’t as easy to keep track of where he was at. But when he got to WCW, fans finally started to really notice him and he was turning heads.

His stints with WCW, NJPW, WWF/E and now AEW have become the stuff of legends. Jericho has been a champion in pretty much every company he’s set foot in. He has had the impactful successful career most wrestlers aspire to, and AEW is honoring it.

Being in WCW during the time Chris Jericho was there was a bit of a double-edged sword. The nWo and a lot of former WWF talent had taken center stage, bringing a lot of eyes to the company. But if you weren’t part of the nWo angle, the company didn’t pay any attention to you.

Chris Jericho was one of many talented wrestlers not really connected to the nWo storyline at all. As such, it was an uphill battle trying to get a place on the card. Still, his talent and mic work was noticed by fans, particularly after turning heel.

Still one of the greatest promos ever delivered was during his feud with “The Man of a Thousand Holds” Dean Malenko. Jericho declared himself “The Man of 1004 Holds,” then stood in the middle of the ring reading the names from a never-ending sheet of track feed printer paper.

Even more amazing were his ongoing, onscreen efforts to goad Goldberg into a match. At that point, Golberg was the World Heavyweight Champion and Jericho the Television Champion. The feud never materialized due to the company not being interested, and he jumped ship to WWF shortly after.

There is an argument to be made that Chris Jericho’s WWF debut promo is the greatest in the history of the company. For months, a countdown clock would appear on the Titantron, leading up to something unknown. Fans speculated it was Jericho but no one knew for sure.

The countdown came to an end during The Rock’s promo segment on the August 9th, 1999 edition of Raw is War. Lights and pyro went off, followed by the first playing of Jericho’s classic WWF/E theme song, “Break the Walls Down.” It was an intense moment.

What followed remains one of the best wrestling promo segments of all time. Chris Jericho and The Rock went to work, two of the greatest on the mic to ever step through the ropes. You honestly couldn’t ask for a more memorable debut moment for a new WWF wrestler.

In the years that followed, Jericho would take extended leaves of absence to pursue other projects. Most of his returns were preceded by similar theatrics, the kind that only Chris Jericho could make happen. His penchant for such larger than life spectacles has only gotten bigger over the years.

Without question, Chris Jericho is one of the most recognized champions in the history of the industry. He has held titles in ECW, CMLL, NJPW, WCW, WWF/E, and AEW. Jericho has also received multiple awards from the Wrestling Observer Newsletter over the years.

But the greatest of all these achievements may be becoming the Undisputed WWF Champion. It was an obvious honor but not just because of the titles. The honor also came from who he had to beat to win them.

Holding both belts is one thing. Defeating the company’s two top stars in one night to do it is another. Still relatively new with the WWF at that point, this showed how much confidence the company and Vince McMahon had in Chris Jericho.

The Ballad of Chris and Kenny

After leaving WWE behind for the final time in 2018, Jericho returned to Japan and NJPW. Once there, he started a feud with another highly respected wrestler from Winnipeg, Kenny Omega. Things escalated quickly, as the kids say, and their feud led to a No DQ match at Wrestle Kingdom 12.

This match was historic in Jericho’s career for two reasons. It was is first non-WWF/E match since leaving WCW in July 1999. Additionally, it was the first match of his career to receive a five-star rating from Dave Meltzer of the Wrestling Observer Newsletter.

After his time with Kenny ended, Chris Jericho would end up taking the IWGP Intercontinental Championship from Tetsuya Naito. In turn, Naito would eventually win the championship back from Jericho.

Chris Jericho is All Elite

When Cody and his friends hooked up with Tony Khan to start All Elite Wrestling, fans were all fired up as some of the best wrestlers in the world were involved. That included Kenny Omega, The Young Bucks, and “Hangman” Adam Page, though that proved to only be the beginning.

AEW made a huge statement when they signed Chris Jericho early on. A massive international star in the industry, having Jericho on board immediately lent legitimacy to the new company. Their first event was the PPV Double or Nothing in May 2019 which saw Jericho defeat Kenny Omega.

He followed this up by defeating Adam Page at All Out in August 2019 to become the inaugural AEW World Champion. Jericho held that title until Jon Moxley took from him at Revolution in February 2020, after a solid feud between the two former WWE champions.

Jericho has proven to be a key component of AEW’s success. He is a tried and true professional, one that helps build stars. Jericho has played a big part in the impressive rise of Orange Cassidy to being one of AEW’s main event players. He also heads up one of the strongest factions in wrestling, The Inner Circle.

The Future is Jericho

Chris Jericho is 30 years into an amazing career and shows no signs of slowing. When his in-ring tenure begins to wind down, he could still become a manager. He has also been doing an epic job filling in on commentary on AEW Dynamite. That doesn’t even include all the backstage roles he could perform.

In addition to wrestling, Jericho is the lead singer of a heavy metal band named Fozzy. They have released seven studio albums since 2000. Their single “Judas” hit number 5 on Billboard’s Mainstream Rock chart in 2017 and serves as his AEW entrance music.

There’s always the chance of doing more acting. In addition to movies, he has also made two seasons of a comedy web series for CBC called But I’m Chris Jericho!. He played a fictionalized version of himself trying to make it as an actor. His mortal enemy was Colin Mochrie from Whose Line is it Anyway?.

Regardless of whatever other projects Chris Jericho pursues, he will always be a wrestler first. That is how his fans got to know him and how they will always think of him. He has made the most out of his 30-year career, which still might just be the beginning.

Editor’s Note: For more on Chris Jericho, check out the following episode of AEW Talk.

AEW Dynamite: One Year Down, Many to Go

AEW’s The Deadly Draw: Was There a Point? 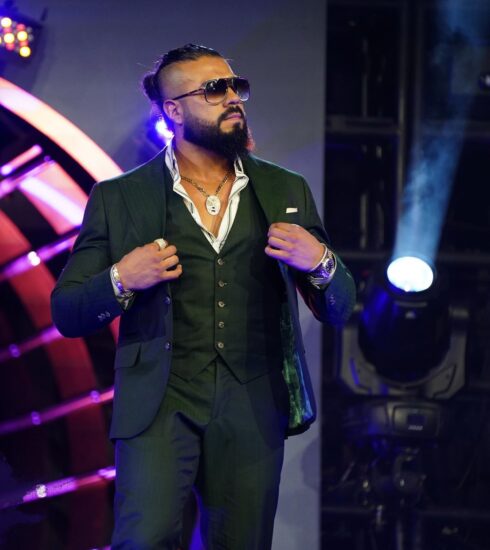 The AEW Blood and Guts Ending and Controversy 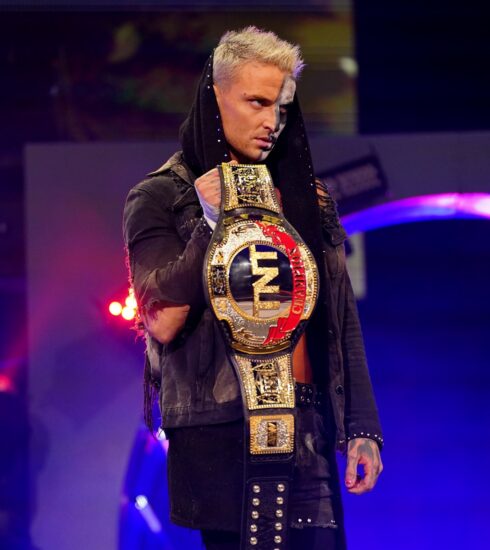